A practical, down to earth and relatable guide to spirituality and all things intuitive. Check out Amy's weekly blog. 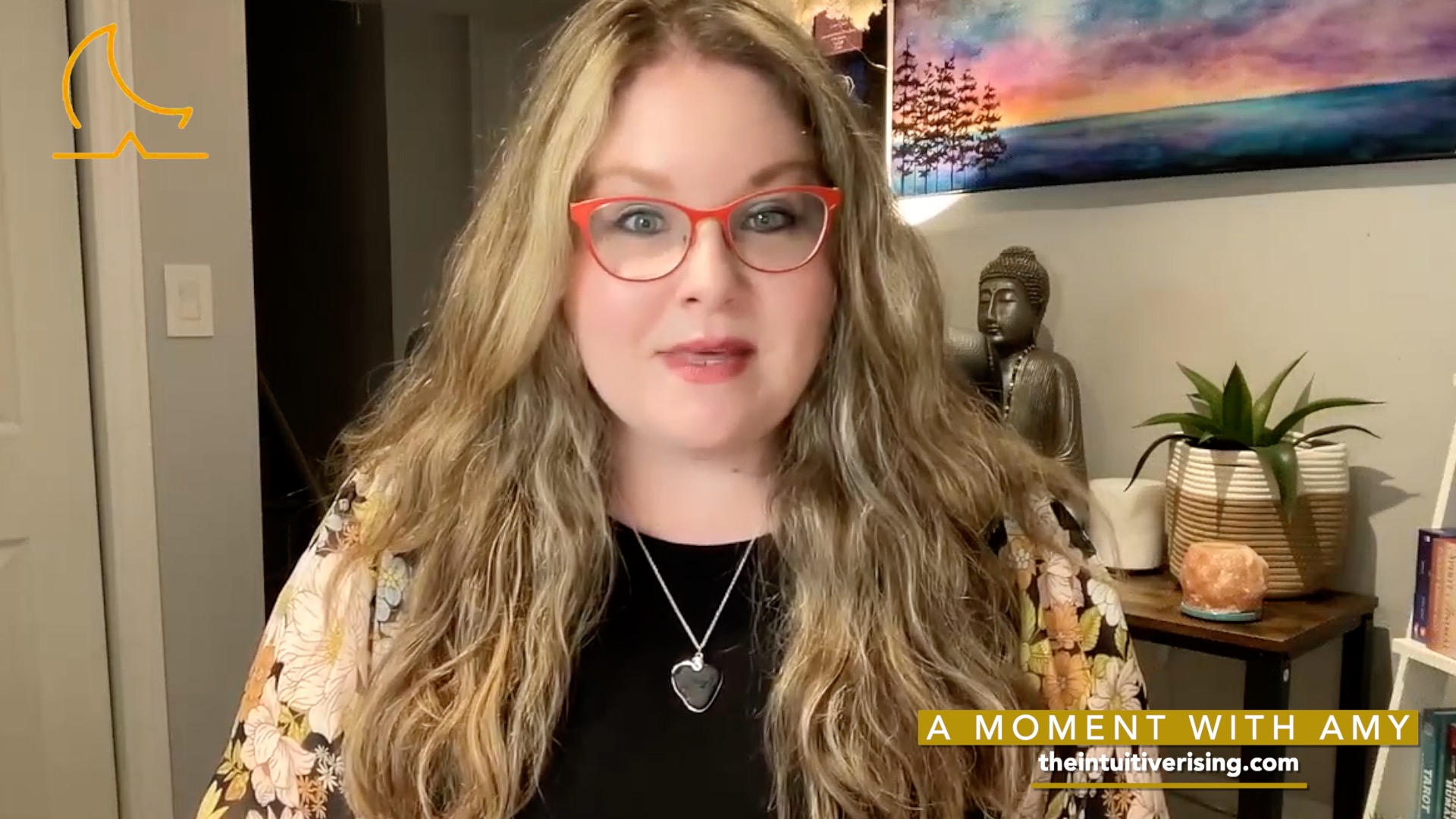 Are your Thoughts your Emotions?

This article has been directly transcribed from the video attached below and is in a conversational format. Therefore may not be gramatically correct.

Are you your thoughts and your emotions? Most of us might go well, yeah. I’m actively thinking them, I am feeling them, but then who is it that's observing it who's hearing them who's feeling it?

Could it be that you are observing and witnessing thoughts and emotions?

We all have these human thoughts, it's universal. My work has really provided me with evidence. I, too, have invasive thoughts or anxious thoughts or think a person doesn't like me, I can't do this, I’m not worthy or whatever.

Something that has been really freeing for me is to think about those thoughts and emotions as somebody else's.

I'll just give you an example. You're on the bus, the subway or whatever it is. There are people in front of you that are gossiping, talking badly, whatever it is they're doing just negative talk and you're listening to it. You have a choice.

You can insert yourself in that conversation. You can get offended by what they're saying. You can take things personal. You can get caught up in it; or You can sit back and observe.

What if we thought of who we really are underneath it all. The soul of us.

You're observing You're watching
You get to choose if you want to interact with that.

Next time you have an invasive kind of thought think about it that way. Who is the one hearing this invasive thought? This thought is outside of me. It's just a thought, it's not my reality, it doesn't hold any meaning or value. It’s not a reflection of me. I'm just observing somebody else's gossip.

You can see how if you get in the habit of thinking about it that way it can potentially be life changing. You no longer take those thoughts as face value.

We must be doing something right, but when the emotion is something that is not as positive.

Which doesn't align with our preference of wanting to feel good and positive all the time. We get overwhelmed with the emotion, we internalize the emotion, we critique and judge these things. We allow that emotion to become us. We think that emotion is a reflection of us.

What if we thought about emotions as simply stored energy in our bodies whether from this lifetime, from previous lifetimes or from your ancestral line.

I know many of us can see how things kind of run through our families, certain mindsets or challenges, that’s something that we would say runs in the ancestral line. It's an inherited behavior mindset, but it's also something that you've learned and you've seen and you've kind of been conditioned too.

What if it we thought about things like intuition, like thoughts, like emotions, as guidance. It's not a reflection of you. Remember you're observing it, but what can you do about your situation sometimes, especially us sensitive folk which you probably are if you're watching this. The receivers of the collective energy. Extra sensitive to what's happening in the planets, the cosmos or with our fellow people. We are picking up on that under energy like a little sponge and then we feel overwhelmed and anxious and we internalize it.

What if you thought of yourself as a radio. A radio is just the vehicle for which the frequencies the music plays. It's not creating the music, it's not sitting there internalizing music, it's not judging itself on the kind of music its playing. It's simply allowing the music to flow through it.

If you're feeling heavy emotionally, if you're feeling overwhelmed and you've kind of sat with the emotion, you've allowed the message to come through and maybe there's little tiny baby steps of things that you can change in your life currently.

Sometimes I will feel that way and I'll kind of go through all the steps and I'll think is this bothering me, is this happening and i kind of come to the realization. Okay, this really has nothing to do with me.

I am just that sponge that energetic sponge that is picking up on the universal kind of upheaval and I just needed to move to allow it to move through me without internalizing, without judging.

Just let it move through you.

I have found that when I do that on a rough day. I might go okay. I've done everything I can do.

If I'm still feeling overwhelmed I'm just going to allow myself to have a day where I take it easy and I practice some self-care.

These little examples are a way to kind of give yourself some visuals and insights into your thoughts and emotions.

We cause ourselves a lot of issues as humans as we tend to internalize everything around us all the time and a lot of times it really has nothing to do with us.

I keep hearing in my mind

Not my circus Not my monkey

I think that's a good way to end.